The 4th grade students of Dasabligo Primary created and performed a song about animals living in their village. The name of the song is “Animals feed on grass”.  The song is about goats, cows and sheep who all roam freely around the school and our homes. It explains how these animals live during the rainy season when there is plenty of green grass around so they can eat a lot and grow very fast. Rearing of animals is one of the main activities that people do in rural areas of Ghana. We love our animals very much!

After performing our song we also made drawings of these animals.

Lyrics of the song in Nabt language 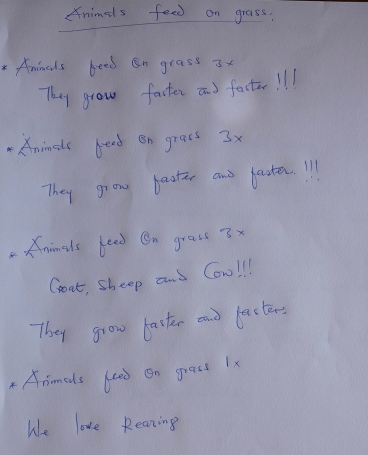 Lyrics of the song translated to english 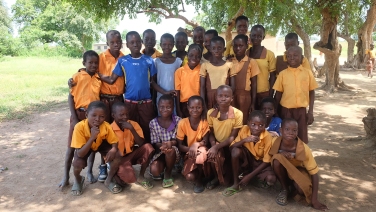 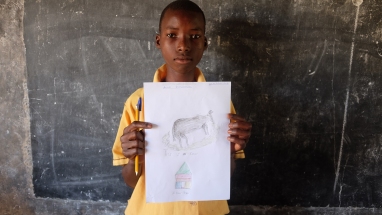 A drawing of a goat

A drawing of a goat 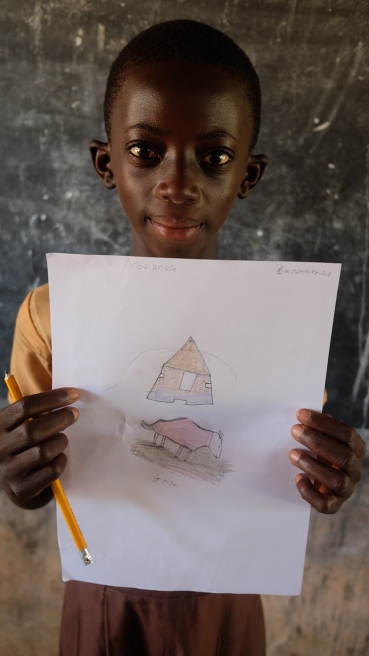 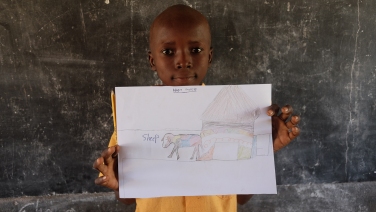 A drawing of a sheep 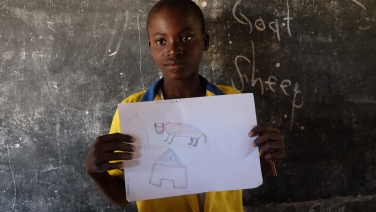 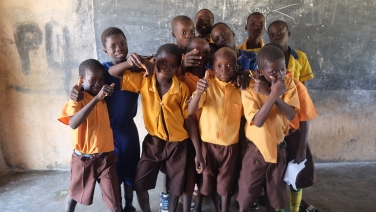 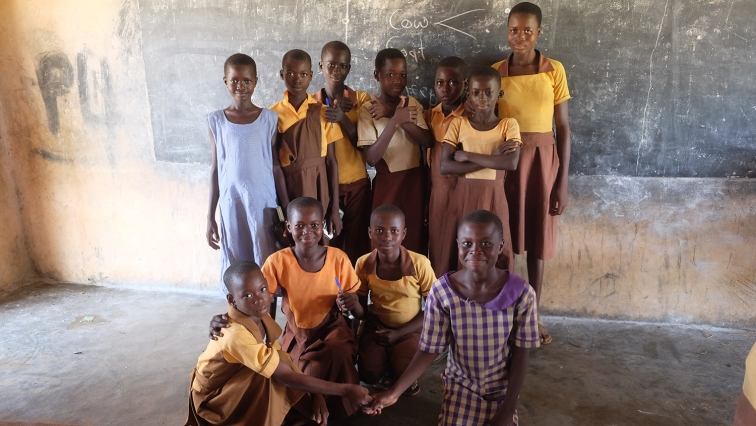 It was World Food Day last Thursday, so to celebrate that Dasabligo Primary School prepared different dishes from maize. Our first post here was about harvesting maize and now we continued our project and cooked some traditional maize meals.

Uses of maize
Maize is sold in the fresh or dry shelled state in the local markets. The marketing of maize is done by many middlemen.

Maize is eaten by roasting and boiling at the fresh state.

Both grain and leaves are used to feed farm animals. It is also used in making alcohol (“pito”), corn starch, corn oil, corn syrubs and sugars. The husks are used to wrap food (“kenkey”) and to wave doormats. The stalks are used as fuel (firewood) food cooking and mulching soils.

We prepared six different meals, as you can see from following photos:

How we prepared the dishes? Watch our video and find out!

Overview
Maize is an example of cereal plants. Cereal is a term used to describe a group of plants in the grass family while a grain is the seed or the fruit produced by cereals. Maize is rich in starch. They are one of the most important crop plants worldwide and form the stable diet of a large percentage of the population.

Maize requires an average temperature of 14-30 °C and thus grow well at high temperatures. It needs regular supply of water (about 75-150 cm rainfalls) throughout the year.

Harvesting
Maize becomes mature for harvesting at 105-120 days after sowing depending on the variety sown. It is harvested fresh or in the dry state. It is harvested by hand or with a cutlass. On large scale farms, combine harvesters or corn picking machines are used.

Dehusking is the removal of the husks after harvesting. The grains are removed from the cobs and it is known shelling. Dehusking and shelling are done by hand or machines.

Storage
Maize is dried and treated against pests such as weevils, armyworms, grain borers and rodents. It is locally treated by mixing with ash, orange peels, onion peels and insecticides and traps for rodents.

After maize are dried and treated against pest attacks, they are stored in bags, barns or silos. It is even stored by hanging them above the kitchen hearths.

Watch our video about maize harvesting!